A Servant to Two Masters 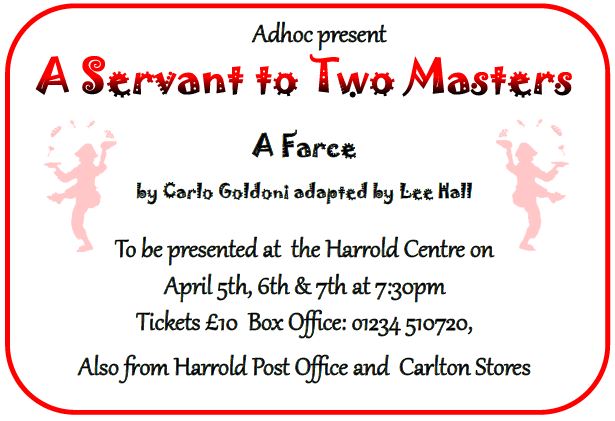 The next Adhoc show will be a production of A Servant to Two Masters by Carlo Goldoni adapted by Lee Hall, to be performed on 5th, 6th and 7th April

A farce created by Carlo Goldoni about a wily servant who hits on the scam of doubling his income by serving two masters without them knowing, and is one of the great classic commedia dell’arte scripts of world drama. The Adhoc production will be of a 1999 adaption and translation by Lee Hall which has a modern rapid-fire text complete with extra bawdy and juicy jokes. The language has been updated to give the action the fast-paced feeling of a pantomime. The play was later adapted by Richard Bean as the well-known play One Man, Two Guvnors, originally starring James Corden.