Whilst there seems to be no evidence that Anthony Grey ever stayed in Harrold, or even visited it, He is included in this section of Harrold People because of the de Grey connections with the village over 500 years and because he had the unique privilege of having an earldom bearing the name of the village. But for an untimely accident he may have been the first of many generations of Earls of Harrold. However, the luck of the de Grey family of Wrest Park was finally running out and he proved to be the last of the male line.

Anthony Grey was born on 21st February 1695, the eldest son of Henry Grey, the first and last Duke of Kent, and his wife Jemima Crew (who also had family connections with Harrold and Odell). He became 3rd Baron Lucas by Writ of Acceleration in November 1718 and was called to The House of Lords at the age of 23. Earlier that year he had married Lady Mary Tufton co-heiress of the Earl of Thanet. In 1720 he became Lord of the Bedchamber to George, Prince of Wales (later King George II). He had a promising political career ahead of him, but on 21 July 1723 he died aged 28, from an ear of barley the beard of which stuck in his throat. He had no children, so his titles reverted back to his father. His wife later married John Leveson-Gower, 1st Earl of Gower.
His younger brother Henry had predeceased him and, although his father later remarried and had a son, George, He sadly died in infancy. Thus, with the eventual death of his father, ended the short-lived Earldom of Harrold, together with the Dukedom of Kent.

The grief felt by Henry, Duke of Kent is demonstrated by the elaborate memorial to his son, The Earl of Harrold. The title Baron Lucas passed through the female line and so did the manorial rights of Harrold. 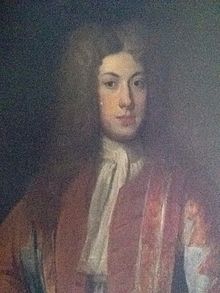 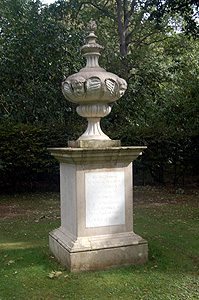 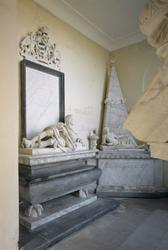