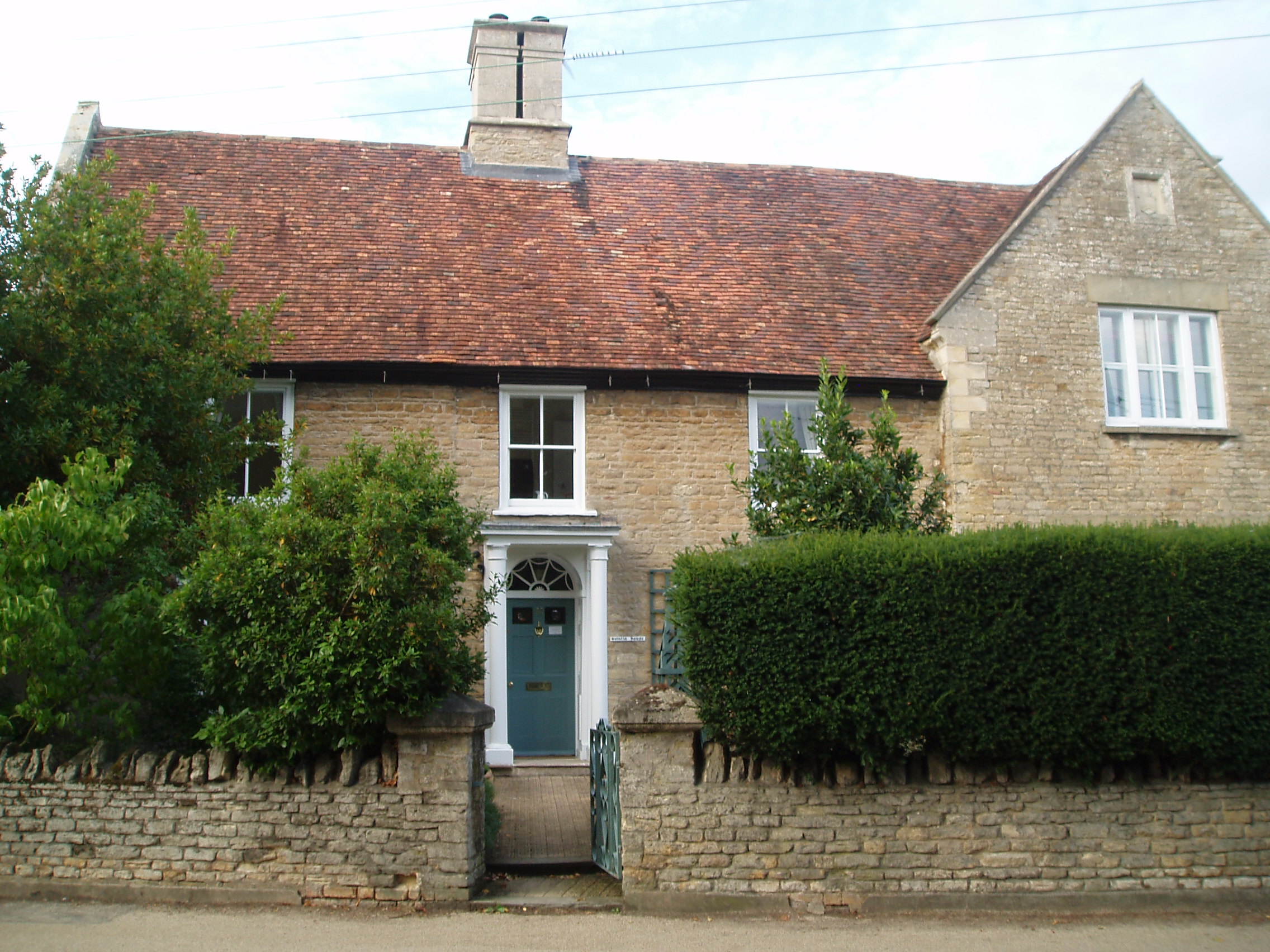 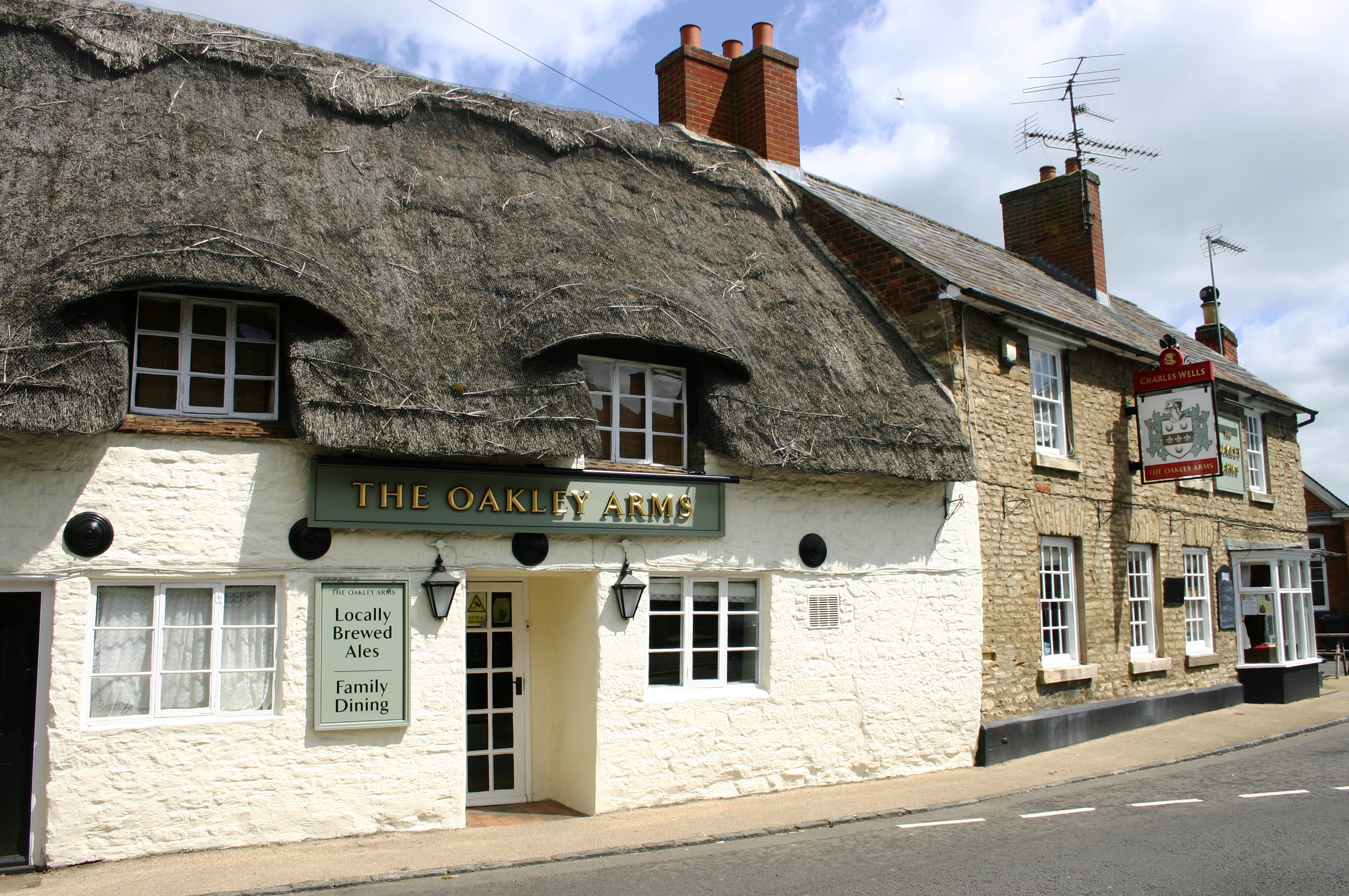 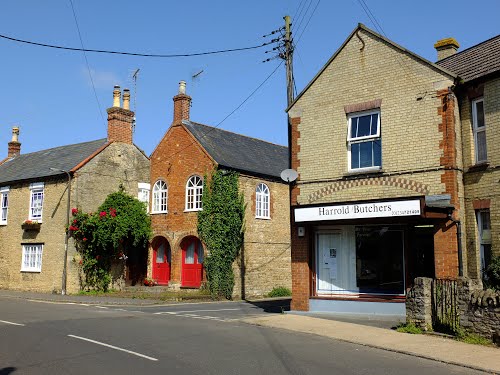 The High Street continues west of The Green in the direction of Lavendon and, like its eastern section, it contains a great variety of historical and architectural styles. The occasional red brick buildings interrupt the limestone structures which may be rendered or more usually exposed. In the scene above The Oakley Arms has a half tiled roof then a half thatched roof. The butcher’s shop beyond it is even built of yellow Cambridge-style brick. This section of the High Street contains the surviving two of Harrold’s public houses. Further down the street is The United Reformed Church , the present building of which was opened in 1836, Further round the bend is the Jacobean Mansion House whose iron gates were brought from the Riverside Harrold Hall when it was demolished in the 1960s. In a short distance we have passed through three centuries and still the Twentieth Century lies further ahead. 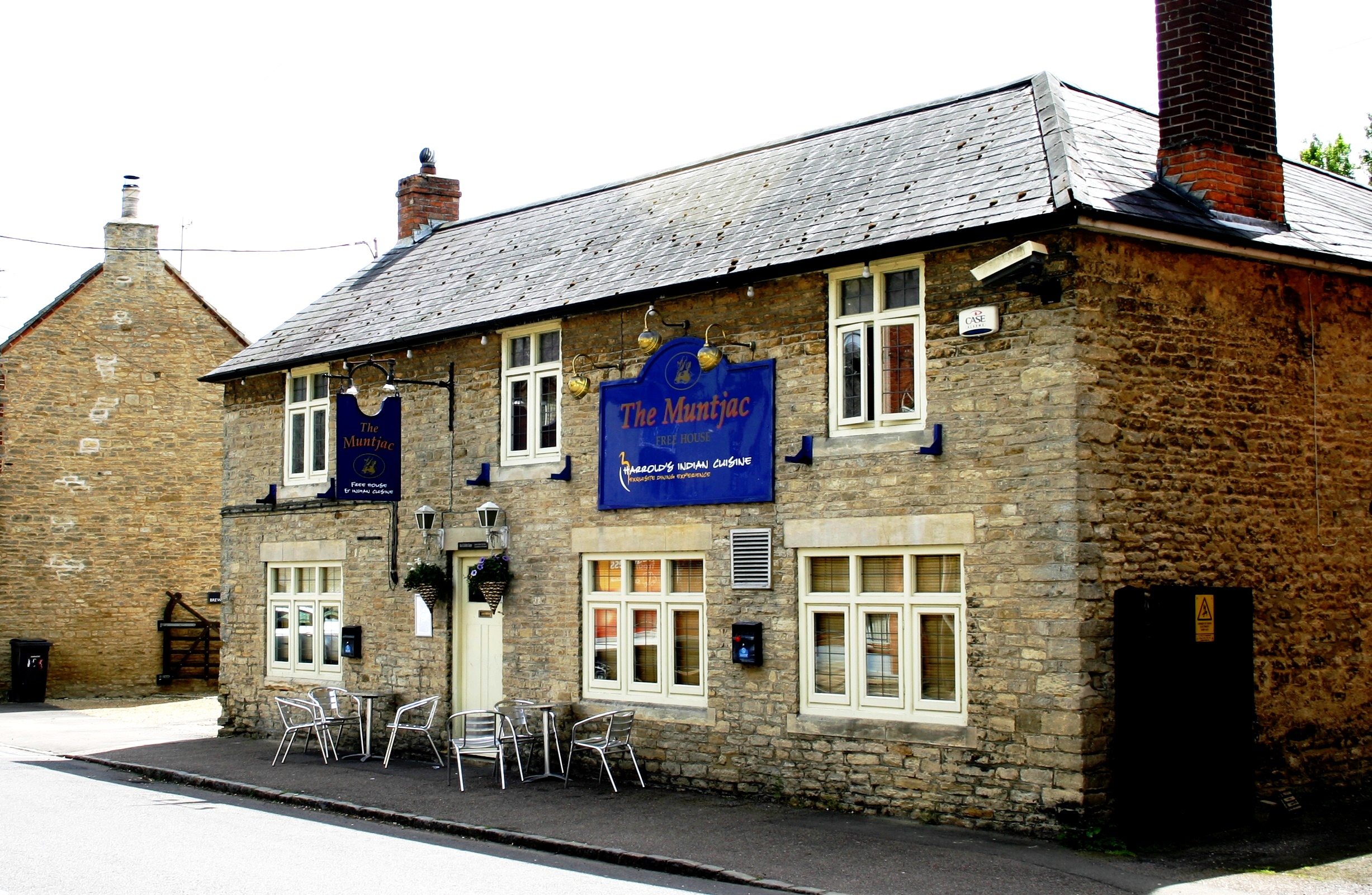 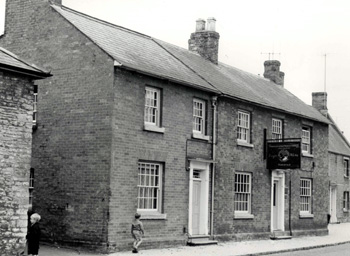 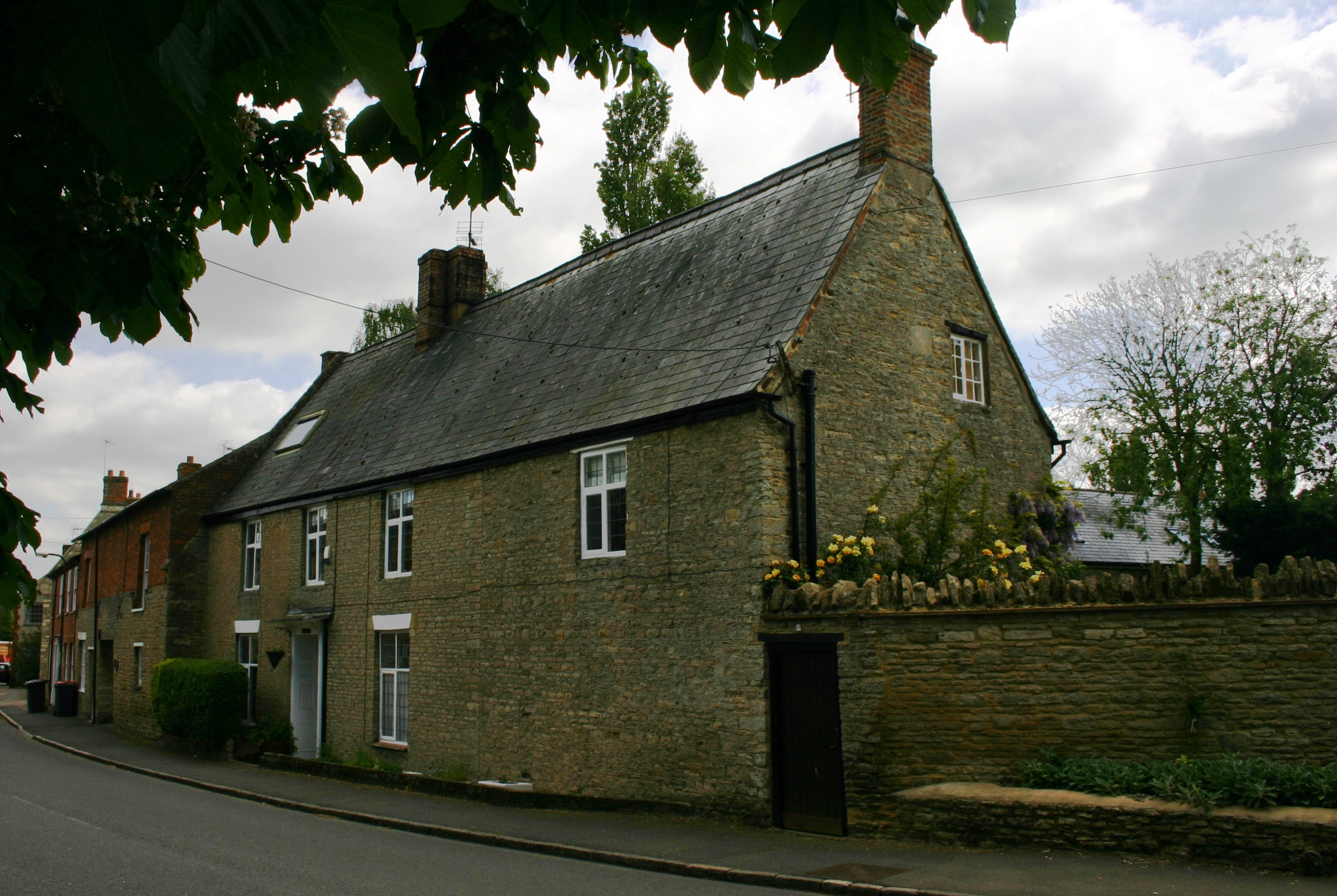